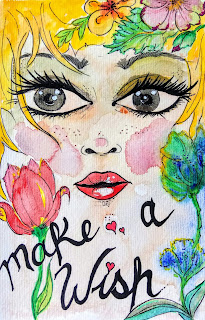 I hated her. I could taste my hate. It even had a texture to it, sort of slimy going down my throat but hot. My hate was hot. It made me sweat. Great rivulets would pour down my forehead and neck when I thought about our latest fight. I would crunch my fists tight till my fingers sometimes turned blue. This was to stop me from punching anything and everything around me, sometimes dreading but wanting to punch her in the mouth till she shut the fuck up with her nagging.
We had been married for almost thirty years. The first ten were good years; I can even remember some of those with fondness. She was still pretty back then. Not the heifer she had become now. If she kept it up she would need a god damn crane to get her ass out of the armchair she spent most of her day in.  But after those, the years just got bad.
It didn’t help that money was scarce. It was my difficulty in keeping a steady job that made it so. It was not my fault. The economy was going down the drain and there was nothing I could do about it. That is when her nagging started, even her belittling of me as a man who couldn’t hold down a good job. And it just got worse. Our fighting took on a mean streak, nasty and hateful.
We were at Walmart shopping for crap we didn’t need to fill up a house already filled to the brim with crap. She started harping on about an astray that I had broken that morning…
“You just had to go and break it in such a way so that I can’t even paste it back. And it was a vintage astray too, cost some good money when I bought it and probably could have sold for double,” she said.
“Vintage my ass,” I said low. Of course, she heard me.
“Don’t you go talking behind my back; you don’t know shit about vintage. Crap, you don’t even know how to keep a job,” she laughed out loud.
I felt the sweat coming, my fists closing tight. My skin felt on fire and that sliminess was going down my throat again. I felt like grabbing her head and breaking it like a watermelon over my knee. I could even imagine the cracking sound it would make and the blessed silence that would follow. Thirty god damn years, that is all I could think about and how I couldn’t go on like this anymore.
She was walking in front of me with that huge ass of hers, putting more crap into the cart, when she turned to look at me. Her mouth was slightly open; her eyes wide as if she was seeing some wondrous thing. She looked at me and reached out her hand. She said my name softly as she used to when we still made love, so many years ago I couldn’t even remember the last time. But I remembered that sweetness that came on when she said my name like that. How I just wanted to bury myself into her soft folds, I didn’t mind her being fat then, and lie there till I died.
I used to force myself to keep my eyes open just so that I could see her brown ones go dark when she found her pleasure. And only then would I let myself go. Her skin always smelled so good, like coconut water that flows over your hand when you open one, and the smell reaches up to your nostrils in a flash.
Instinctively my hand reached out for hers. Something was wrong her look said. I was the one that always fixed anything that broke around the house, so fix this; it was that kind of look. Our fingers touched but separated as she fell backward, never losing eye contact with me, in slow motion. It was like one of those horror movies in which you see the knife falling slowly towards the exposed flesh of its victim, taking so long that you lose the sense of time. Then the noise her body made as it fell flat on the floor, a huge bang that brought me out of my fogged-up state.
I rushed to her, knelt by her side, grabbed her hand, and softly, like a caress, said her name. Her dead eyes stared straight ahead. She would never bitch at me again, laugh at me, and make me hate her till I felt on fire.
Nor would she fry me up my favorite spicy chicken legs. Make sure my pillowcase was always clean. Put cream on my sore shoulder. Hold my hand at the movies. Hug me close when I got home and had lost another job.
I kept hearing a keening wail coming from somewhere. I felt a hand on my shoulder; it made me realize I was the one making the sound. The tears wouldn’t stop falling for a long time nor would the slimy hot textured spit that went down every time I swallowed. I wanted thirty more years with her and now I would never have them. 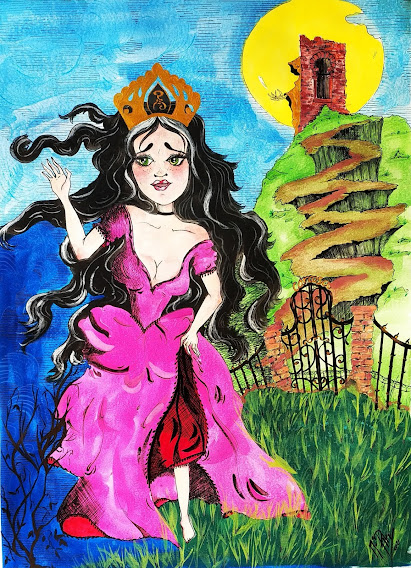